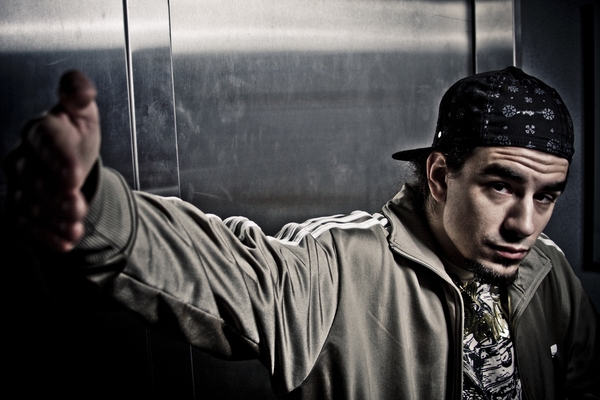 Braille and Syntax Records Join Forces for The IV Edition

Emcee and Hip Hop IS Music mogul Braille Brizzy drops his next chart-topper, The IV Edition, courtesy of Syntax Records, on April 15, 2008. The project marks the return of Braille’s partnership with the underground hip-hop record label.

“It really comes down to trust. When I make records, I put everything I have into them. When you put that much effort into a record, you don’t want to just hand it over to anyone,” Braille says. “I wanted to take my label, Hiphop IS Music, and partner with another company to give this release the proper distribution and marketing it needs in North America. Although I thought of many options, the first company that came to my mind was Syntax Records.”

The label that’s home to RedCloud and Sackcloth Fashion along with Koch Distribution will hit the streets with The IV Edition, which is buzzed to be the greatest work of Braille’s 13-year career. The album features appearances by Speech from Arrested Development, OhNo courtesy of Stones Throw Records, producer Marco Polo and many more.

“The IV Edition is very special to be a part of. Normally, you don’t get a second chance to work with such a talented artist whom you have known for years,” says Tim Trudeau, President of Syntax Records. “This is by far the best music Braille has ever made. The moment I heard the title track I felt like throwing furniture through windows I was so hyped.”

Prior to the launch of Hiphop IS Music, Braille was an artist on Syntax Records, and after his split, he continued to work with the label on several projects over the last eight years.

“I trust the guys at Syntax to work along side with me,” Braille says. “I feel that when both of our strengths are combined, we can accomplish some pretty incredible things.”

Braille has gained international success in the last decade, as both a solo recording artist and founding member of Lightheaded. Most recently, his highlights include dropping two new albums (Shades of Grey in 2004 and Box of Rhymes in 2006), being named one of the “Next 100” by URB Magazine in 2005 and touring extensively across Japan, Europe and the U.S. (including 20 shows as the opening act for the late great James Brown).

Sackcloth Fashion & RedCloud Can Be Found Chillin’ On 4th Avenue