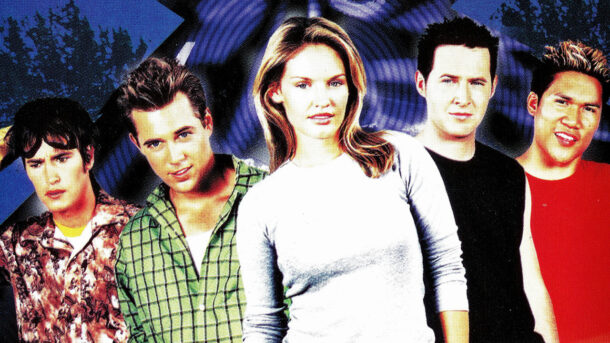 Extreme Days is Pulling a Fast One Baby!

Sackcloth Fashion – “Pulling a Fast One” proves to be the perfect soundscape to kick off the road trip of a lifetime:

It also becomes the motivation to the seemingly insurmountable task of cleaning up a landfill-like backyard:

Extreme Days is about four Life-long friends – Mat McKeogue, Corey Ng, and brothers Will and Brian Davidson — set off on one last “road trip” adventure before settling down into adulthood. Ever since they were kids, they had shared a love for extreme sports, and so after graduating from college, they decide to pack up their Joyota (part Jeep, part Toyota, but mostly Volkswagen) and set off on the road trip of a lifetime.

After a summer of dead-end jobs, the guys decide, “It’s now or never!” Vill, Brian, Corey, and Matt, with only a few hundred dollars to their names, pack the Joyota and embark on a journey to surf, skate, and snowboard their way across the West Coast. First stop? Mexico!

After an insane day of surfing the Baja Peninsula, a disturbing phone call threatens to end their trip. Rather than give up, they plot a new course, heading north to Yakimo, Washington. Shortly after crossing the border, they happen to come across a confident damsel in distress, Jessie Jacobs. They offer Jessie a lift and together they hit the road, unaware of the comedy, conflict, calamity, and absurdity that awaits them.

While on the adventure, Brian forms an instant crush on Jessie. His efforts to make her his next conquest, however, quickly fall short as he discovers that she is surprisingly different. He soon realizes that capturing the heart of a girl like Jessie is a different game, with different rules.

The road trip proves to be everything the roaming adventurers had hoped and dreamed for. From the mountains of Mammoth to the streets of San Francisco, Will, Brian, Corey, Matt, and Jessie daringly test their will and skill with their best extreme sports athletes in the world, ultimately testing their friendships, and their beliefs. Five friends forever changed by a journey to the threshold of life and sport?

UKHH Catches Up With RedCloud

19 years ago
WATCH THIS!