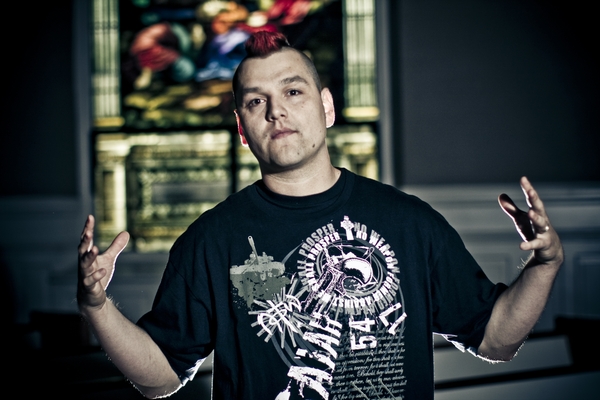 Just over a month out of the gate, Kaboose’s latest release is showing unbreakable momentum. His full-length Syntax Records debut is garnering attention and high praise from the music media.

Kaboose is making no excuses for the success of Excuse Me and its lead single “Goin’ Outta Control” featuring Royce Da 5’9”. “The first word that comes to my mind is ‘Wow’,” says Kaboose. “Reaching No. 5 on the CMJ Hip Hop Charts was truly amazing, considering the other artists and groups that are on that list. I was blown away by that. Then to hear that my record was reviewed by The Source — wow again!”

Syntax Records Vice President of Business Development Chad Horton stands behind the hard work that launched ExcuseMe. He says, “The success of Excuse Me is a reflection of a solid album by Kaboose and the Syntax team executing its strategy. Personally, I love the album artwork. It looks like a video game character but is based on Kaboose’s appearance. We can work that character on many angles.”

“I am in such a blessed position to know that Syntax believes in me and vice versa,” Kaboose adds. “It is an honor to be on Syntax and to be a part of the family. Those guys know how to get it done.”

The success of Excuse Me tops off a prolific year for Syntax Records. The label released a new album by Braille and new installments in the Night Owls and The Wages of Syntax compilations.

13 years ago in News
READ THIS!

A Rapper Known as MaxOne