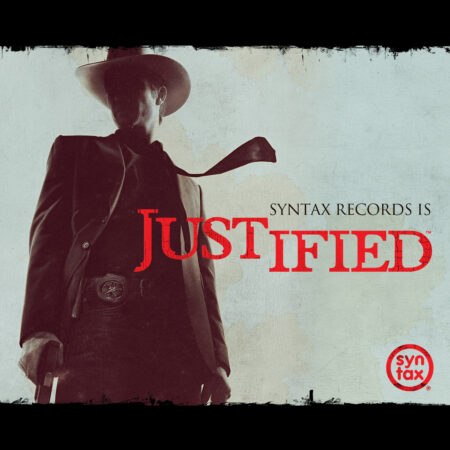 The creative minds at Syntax Records have come together in full force to create an EP entitled “Syntax Records is Justified” inspired by the FX show Justified. With the premiere of the show’s second season premiering tonight at 10 p.m., Syntax is offering the EP as a free download.

Justified is based on the works of crime novelist Elmore Leonard, including Leonard’s short story Fire in the Hole. It follows fictional character Deputy U.S. Marshal Raylan Givens getting tangled in the new criminal organizations moving into Harlan County. Season two picks up with a cliffhanger after an epic gun battle.